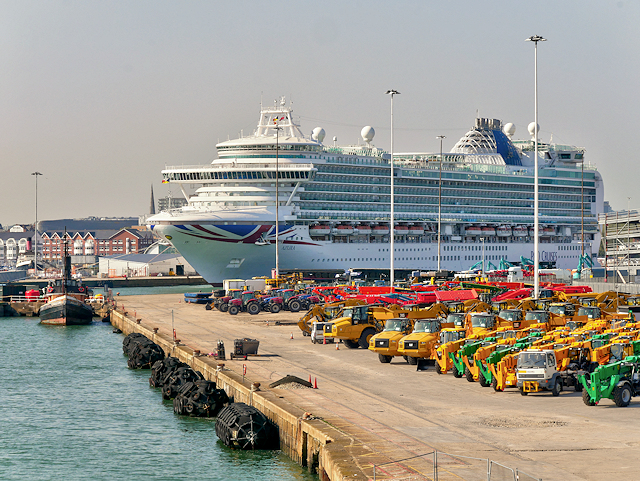 Before the age of the motorcar, the extensive network of waterways that snake across the Europe were the main thoroughfares that linked the many of the continent’s most historic cities. The majority of the trade and goods came up and down these rivers, enriching these cities and driving cultural and economic development. As a result, there are few better ways to see Europe than from the deck of a river cruise ship.

River cruises are found all the way across Europe, and there are plenty of river cruise companies that offer packages for every budget. In this article, we will look at the best European river cruises for tourists to embark on in the coming year.

The River Elbe winds its way northwest from its birthplace south of the Krkonoše Mountains on the Czech-Polish border to its mouth in western Denmark and is one of Europe’s most beautiful rivers. It has long been an important trade route from the North Sea to Central Europe, bringing riches to many of the settlements along its banks. Today, you can get a river cruise from Hamburg to Prague, undoubtedly two of the most architecturally stunning cities on the continent. Other interesting cities that you will pass through are Meissen (famous for fine porcelain factories) and Dresden, where you can disembark for a while to catch a glimpse of the Zwinger Palace and the centuries-old Semper opera house.

Passing through an incredible ten different countries, the Danube is Europe’s second-longest river. From its source in the Black Forest in Germany, the river gathers a mighty force on its way to its mouth at the Black Sea. Cruises along the Danube are especially rewarding, and you will pass some of the continent’s most iconic cities. You will have the chance to stop off at Vienna, Budapest, Belgrade and Bratislava, which are among Eastern Europe’s jewels of culture and history.

If you like your fine wines, river cruises on the Rhône are the most attractive of any on this list. On your journey from Avignon or Lyon, you will have the chance to stop at some of the best wine producers anywhere in the world. As you travel through the famous Provence region, you will be enchanted by the bucolic surroundings that inspired some of the world’s best artists, including Picasso, Cézanne, Van Gogh and Gauguin.

A cruise along the Rhine will take you through Germany’s Black Forest region as the river makes its way from its source in the Alps to its termination in the Netherlands. On the way, you will pass through the renowned Cologne wine region and have the chance to stop off and enjoy a glass of red at one of the many historical sites that are dotted along the route. The trip ends in Amsterdam, where you can spend a few nights taking in the sights and sounds of one of the most interesting cities in Western Europe.

The Douro is a river that often goes somewhat under the radar for people looking at river cruises. This is a mistake, however, as the Douro is undoubtedly one of the best-kept secrets on the cruise circuit. Beginning in northeastern Spain, the river meanders across the Iberian Peninsula on the way to a meeting with the Atlantic Ocean after passing through northern Portugal. Along the way, a cruise will take you through one of the most ancient wine-producing regions in Europe as well as past a number of fascinating historical sites that are recognized by UNESCO.

Due to its course through the French capital of Paris, the Seine gained a reputation for being conducive to romantic river cruises. Catching the boat in the city, you will then snake your way through Normandy and past many significant World War II sites that you can stop at to absorb the history. When you move closer to the English Channel, most cruises allow you to request visits to the infamous Normandy beaches which were the site of the D-Day Landings in 1944.

Planning a river cruise trip from the US? Make sure that you are fully up to speed with the changes in the visa process for US citizens that are set to come into force in January of the new year. You will now need to apply for an ESTA-style ETIAS visa exemption scheme. If you want more information on what the scheme means to you, check out this informative ETIAS visa guide.

Previous Post Is gambling the best form of entertainment?
Next Post What Needs to Go into Your Auto Search?